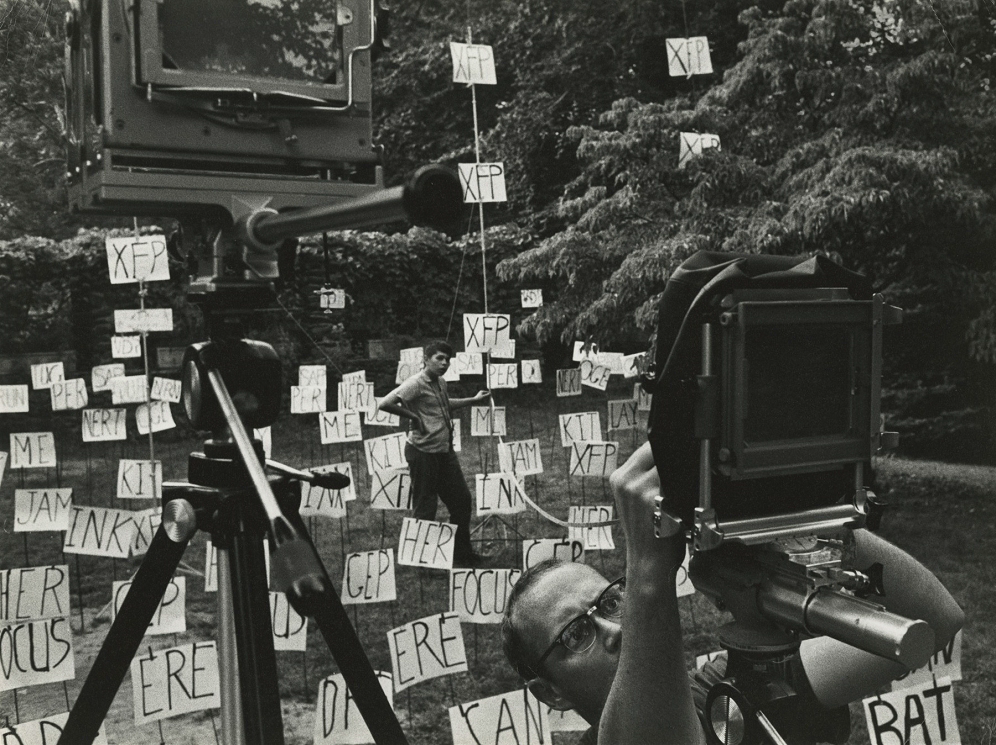 After a couple of years of radio silence here, what better way to return than by offering this photograph of Gene Smith by James Karales circa 1956. Smith is in his backyard in Croton-on-Hudson testing lenses for his large format cameras in preparation for commissions from the American Institute of Architecture. Smith’s son, Pat, who confirmed to me yesterday that this was indeed the activity taking place here, can be seen in the middle of the picture. Funny thing, Smith’s Sinar on the right here, I now own, courtesy of Pat a decade ago, a story told in my forthcoming book, Gene Smith’s Sink, from Farrar, Straus and Giroux.

This image was sent to me with a query from the Word and Image Department of the Victoria and Albert Museum in London.  Later this year they will present an exhibition called “The Camera Focused,” featuring cameras on display in photographs.