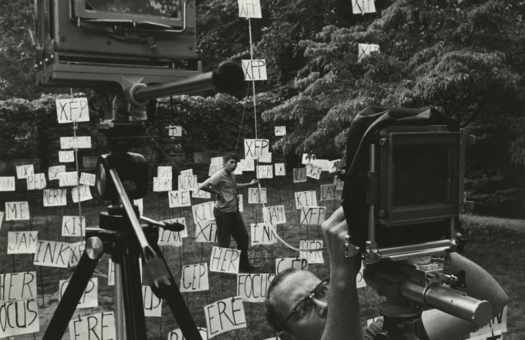 After a couple of years of radio silence here, what better way to return than by offering this photograph of Gene Smith by James Karales circa 1956. Smith is in his backyard in Croton-on-Hudson testing lenses for his large format cameras in preparation for commissions from the American Institute of Architecture. Smith’s son, Pat, who […]

The annual Old Fiddler’s Convention takes place each summer in Galax, Virginia, a mountain town of around 7500 people. My mother, Frances Hampton Stephenson, was born there and graduated from Galax High School there in 1951. A number of her elders were judges at the Convention, including her father, Virdie Isaiah Griggs Hampton, b. 1884 […]