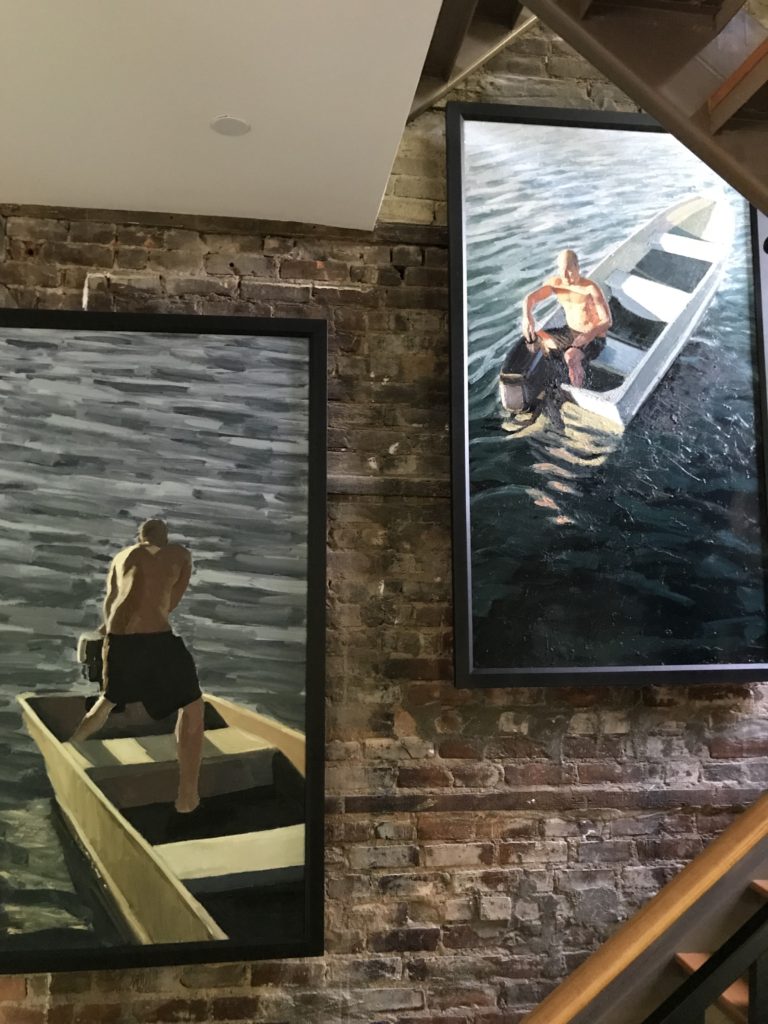 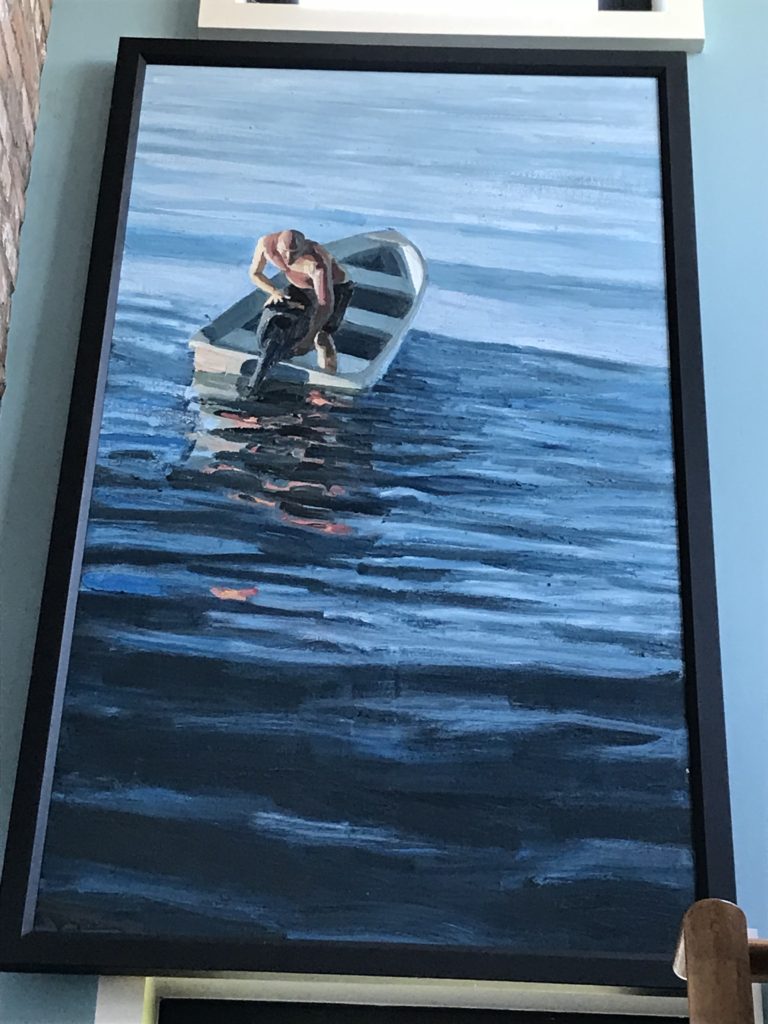 The summer 2006 issue of Virginia Quarterly Review arrived at my house in Chatham County, North Carolina and I was knocked down by four paintings by film artist Bill Morrison reproduced in that issue along with an introduction by Lawrence Weschler.  I was later coming to Morrison’s seminal film work than some people and these paintings were my introduction to him.  I kept that issue sitting on my desk for a couple of years and periodically I’d open it and look at the images.  I still have that issue on my shelves and look at it not infrequently.  Experiences with boats that won’t start run deep in my family’s lore on the brackish Pamlico River in coastal North Carolina.  It’s a running joke for us.  Morrison beautifully captured the hopeless and forlorn nature of the experience in these paintings.  The other reasons the paintings are powerful are well described by Weschler in his introduction.  Today, I was able to see three of these paintings in person and I was moved yet again.  These snapshots I’m posting with Morrison’s permission.

Two Quotes of the Day from Susan Howe Sink Event in Bologna, Italy