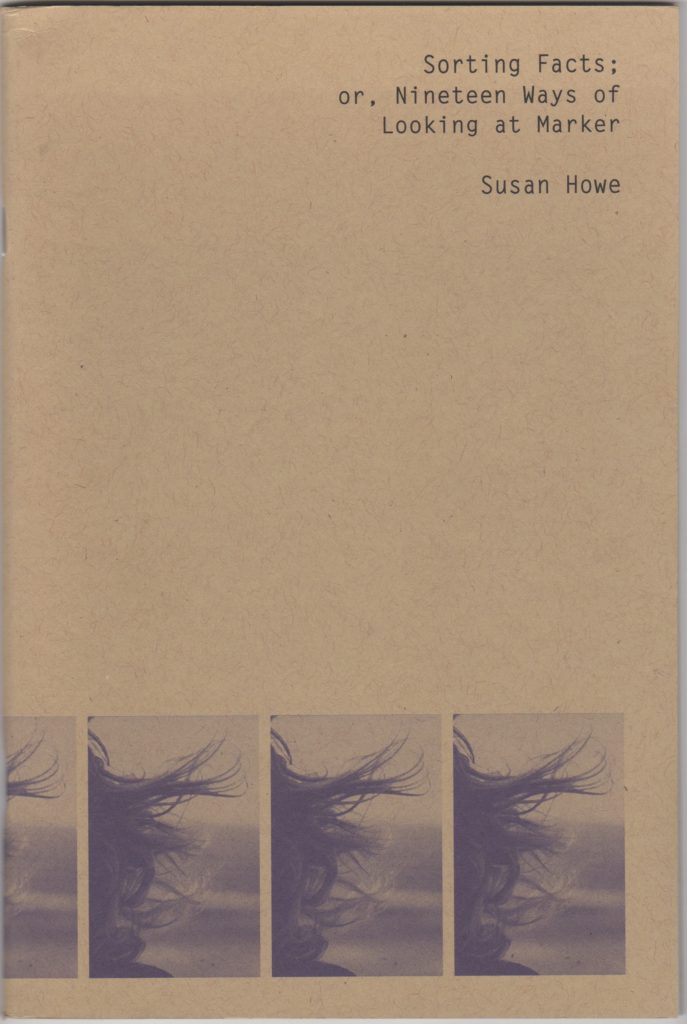 From “Sorting Facts; or, Nineteen Ways of Looking at Marker” by Susan Howe.

“The will to produce poetic film, and particularly poetic documentary, still runs up against a wall of perplexity and indifference.” – Dziga Vertov. 1926.

Not much has changed in 92 years.

“I am an American poet writing in the English language. I have loved watching films all my life. I work in the poetic documentary form, but didn’t realize it until I tried to find a way to write an essay about two films by Chris Marker (who was French).”

Fascinating. I can relate to what Howe writes.  I didn’t realize the manner I’m working, called “lyric research” by poet Ross Gay in commenting on Gene Smith’s Sink, until fairly recently, after a good twenty years of working in and toward this style.