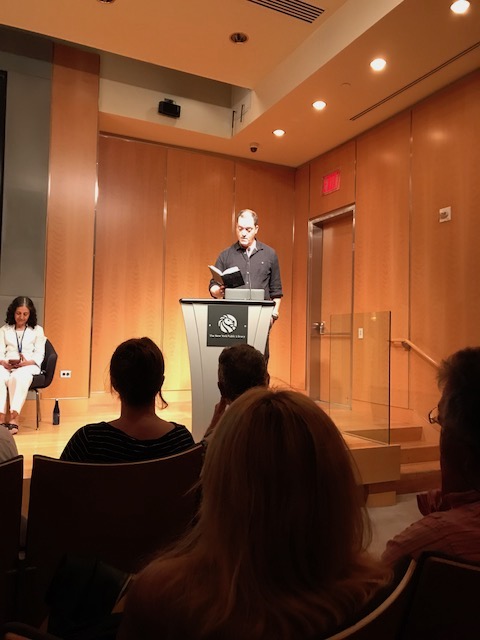 A funny thing happened in the green room before Eugene Richards and I went onstage.  He told me a funny story about a recent radio interview in which his interviewer kept harping on how his content is so sad.  He and I shared a laugh about it.  Then I told him a story about a photographer that we both know who recently told me that she found my book “beautiful” but also “relentlessly sad.”  We shared another laugh.  After further conversation I told Eugene that I’d decided to read something different in the event, which was now only about 6-8 minutes from starting, because what I’d chosen to read was pretty sad.  He asked what it was and I told him.  He’d read my book and he said, “I don’t know.   I like what you’d planned to read, I’d stick with it.  But, what do we know – two depressives.”  We shared another hearty laugh.

Then when I had my chance to read I read something else, the “Chuck-will’s-widow” chapter straight from the book instead of the sad material I’d printed in large font double spaced to make it easier to read.

The event was terrific. Not too sad. Thanks to my first cousin Sandi and her husband Norm for the photo.