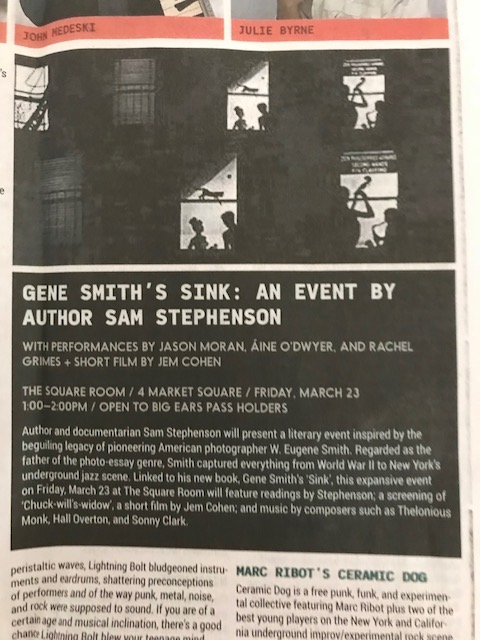 This event means more than most to me. While documenting the festival with a team since 2014, my experiences at Big Ears influenced the final distilled and minimal form of my book, which I discussed in an interview with editor Nicole Rudick of The Paris Review (“Writing Roundabout“) late last year.

This event will be similar to the one The Paris Review put together at National Sawdust in Brooklyn in October.  You can read about that one and see photos from it here.